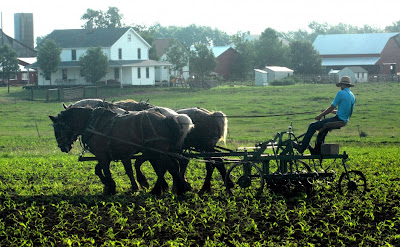 -1-
Never get in debt when you cannot see your way out again; when you owe, pay as fast as you can, and prompt, according to your promise.
-2-
Never enlarge your farm, when half what you now have is not half cultivated.
-3-
If you own  more land than you can till well, are in debt, or need funds to make necessary improvements, sell part of  your farm and use the money to pay your debts, and make your improvements.
-4-
Never borrow money to build a showy house when a less pretentious one would answer better; and never lend money when you have undrained or poorly tilled land to improve.
-5-
Do not enter upon speculation with other people’s money or your own, unless you see clearly that you will make profits, and even then, do not do it to the neglect of your farming.
-6-
Do not mortgage your farm for money to buy goods; very few men can enter the mercantile business without training for it, and not become bankrupt.
-7-
Do not change your kind of farming business because what you raise this year is low priced for that which is high; ten chances to one your crop will be up next year, and that which is up now will then be down.
-8-
Do not try to grow those crops for which your farm is not well  adapted.
-9-
Be present with your hands as much as possible, otherwise little work will be done, and that little poorly. No business requires the master’s oversight more than farming.
-10-
Cultivate a little, well, rather than much poorly. Who does not remember the story of the farmer who had two daughters? When the first one was married he gave her one-third of his vineyard, and yet he had as many grapes as formerly; when the second married she took  half of the remainder for her portion, and yet the yield of the farmer’s share was not lessened.
[Leavitt’s] 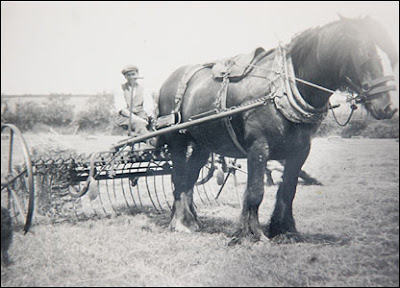 ###
In the next installment of Agrarian Nation I will republish a lengthy essay from Thomas's 1880 farmers almanac titled, Hot-Beds.

I am late in posting today's excerpt because at 5:30 this morning (the time I usually get up) Blogger was dysfunctional and not allowing me to do what I needed to do. Then, when I got home from work this evening, I found the post I had previously put together, was no longer there. So I had to start from scratch.

Some days are like that. I Hope your day fell into place better than this excerpt!

I know, I had the same problem with Blogger! It has been down for a few days. Thank you so much for the work you do to share these gems. Too bad you had to start over :-(

What a great eductaional website about true farming, too bad most farms don't have such moral guidelines anymore.

I ahve a quick question and not sure where to ask it...as to scalding chickens..any tips on the scalding water & sanitation? mine gets kinda nasty..

thanks & Press on!
paul

If we, individually, try to get back to these maxims, then we, as a country, would be much better off. We just have to begin.