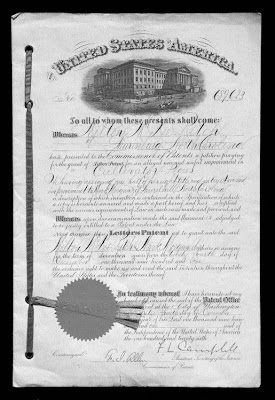 
A correspondent lately sent us the printed copy of a bill introduced in Congress last month by a member from this State, entitled “a bill to encourage the production of new and valuable fruits and plants.” We are asked to publish it at length, or if that is impracticable, at least to express our views as to its merits. The purpose of the proposed act is to secure “the originator or discoverer of any new and valuable fruit or plant,” &c., “the sole right and liberty of growing, propagating and selling such plants for the term of seventeen years.”

On former occasions we have quite fully stated our conclusions on this subject and the reasons on which they are based—to the effect, in brief, that we can conceive of no method of accomplishing the objective above specified which must not involve greater injury to the community, and delay and vexation in the introduction of new varieties, than the value of all the “encouragement” it will give to the introducers.

Should such a law be enacted, our most earnest advice to all farmers and fruit growers would be not only to abstain from purchases of anything purporting to be thus protected, but also to be extremely careful about buying plants or trees which they suppose themselves to have been familiar for years. The very frequent cases of annoyance and extortion under our present patent laws, where it would be supposed that safeguards for the protection of the public could be devised and put in force, we should regard as sufficient reason for such advice.

We find nothing in the present act to change these views. Farmers and horticulturists everywhere would be completely at the mercy of all who chose to enter upon a career of swindling them. It would in all ordinary cases be easier and cheaper to submit than to appeal to the courts for protection.

If the time comes when an intelligent community fails to appreciate a good thing when introduced, or to take sufficient interest in improvement of labor for its accomplishment from other motives than that of getting a royalty on the fruits we eat, the grasses of the meadow and the flowers of the garden—we shall hope the public will be willing to rest satisfied with such poor varieties as we already possess, in preference to fettering their hands and pledging their purses, in the manner indicated by laws of this kind. Their result, we believe would be only evil, and that continually, as well for the introducers of new varieties as for the whole rural community.

Since the foregoing was written, we find a brief notice of the proposed law in that excellent journal, the New-England Farmer, from which we take a sentence or two to show its purport.

“The question is, who will be most benefitted by it, the inventor of the new apples and potatoes, the cultivators who buy the right of producing and selling them, or the lawyers who settle the disputes arising between the two parties? Deliver us from growing any fruit we cannot give away if we choose.”

“If every squash or pumpkin we buy for the table must have the seeds destroyed to prevent them from sprouting, for fear of infringing on somebody’s patent, deliver us from the patent laws, or the pumpkins.”

I was very pleased to discover this particular excerpt from America's agrarian era. The wisdom and foresight expressed by the editors of the Cultivator & Country Gentleman paper is remarkable. 136 years ago, these men saw patenting of plants as a dangerous slippery slope—as "only evil, and that continually." The bills were eventually passed, and more have followed.

Such laws paved the way for the rise and domination of Monsanto over world agriculture.

"Only evil and that continually."

Oh, for such wisdom today. What interesting times we live in.

This article is certainly a treasure! I'm surprised to read that patents on produce go back so far in history. What foresight, indeed!

Glad you posted this. Monsanto has beocme an alarming, overwhelming force in current agricultural practices.